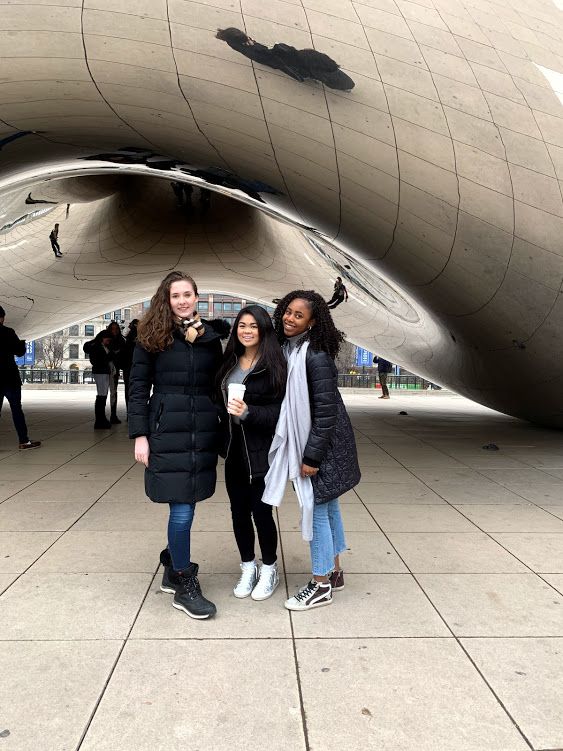 12/19/2019
Kendall Pennington '20 - Communications Fellow
Second Baptist School Model United Nations delegates boarded their flight to the Windy City to compete in the Chicago Model U.N. Conference. Model U.N. is an extracurricular club SBS offers to upper school students in which members role-play delegates and crises in order to develop writing and debate skills. At the conference, SBS delegates tested their political prowess against other Model U.N. delegates from across the nation.
Model U.N. sponsor Mrs. Clare Towery commented, “The Chicago Model U.N. is one of the more prestigious conferences, and it is invitation-only. Students must be invited, which means they’ve attended previous conferences and done well. The conference is a highlight of our season because it involves a midnight crisis where some students are awakened in the middle of the night because a country may have attacked another country, and they have to wake to resolve the problem for three or four hours in the middle of the night.”
Out of approximately 1,100 delegates, three Second Baptist School representatives received prestigious awards for their efforts. Audrey Bishop ‘21 won Honorable Delegate in the Saudi Arabia Cabinet 2019, and Kara Swain ‘20 was awarded Best Delegate in the U.S. Cabinet 2019. Bringing home two distinct honors, Alex Ritchmond ‘20 was bestowed with the Outstanding Delegate award for the U.S. Cabinet 1991 and with the Best Delegate award for Special Negotiations in 1991.
When asked about his Model U.N. experience, Ritchmond revealed, “My favorite part about Model U.N. is the experience I get meeting people from all walks of life, and that I’m able to practice a lot of effective skills that will carry into my career. I won Best Delegate for negotiations and that is because I was practicing my skills for negotiations not only in a political sense but also in a business sense. I love the culture, I love competing and I love that it’s such a good way for students to experience and practice life skills in a way that encourages them to know more about the world and geopolitics.”
Back