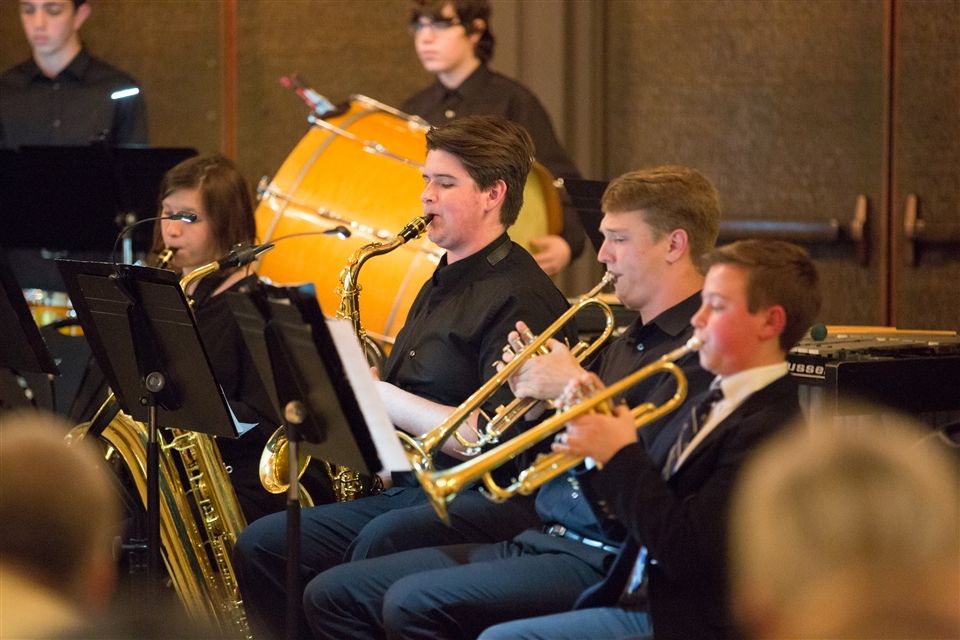 12/7/2019
Communications Fellow - Kendall Pennington '20
On November 2, two upper school students and seven middle school students of the SBS band auditioned for the ATSSB All Region Honor Band. The band members loaded a bus early in the morning to travel to Sealy High School where the competition was being held.
For the audition, students were asked to play their instruments with a curtain between themselves and the judges to allow for an impartial appraisal. Caden Cooper ’20 admitted that “[he] was pretty nervous at the audition because it was [his] first one, but Mr. H encouraged [him] that [he] was ready.”
Cooper auditioned on percussion and placed first in 3A, while Ty Strickland ’20 performed on the alto, tenor and baritone saxophones, placing first in 3A on alto and tenor. Both students were rewarded with the opportunity to audition at the area level for state in January.
While the upper schoolers brought home first place, the middle schoolers held their own and were awarded high rankings as well. Holt Solberg ‘25 achieved 16th place on the flute, Stella Baird ‘24 placed 23rd on the trumpet, Jaxon Mott ‘25 ranked 20th on the trumpet and Regan Gamble ‘24 placed 20th on percussion. Adam Choi ’25, James Enger ’25, and Brandon Sek ‘25 all qualified for the Honor Band with Choi securing fifth on the tuba, Enger first in the upright bass and Sek sixth on the trumpet.
As a first-year teacher at Second Baptist School, Band Director Kendel Hickenbottom was especially pleased with the students’ performances because “this is our school’s first time ever to have middle school students compete and to have this many make the honor band and show that they are the best in the region is awesome. To have two going to area with the upper school and see that not only do they qualify for area, but were first in their section is exceptional.”
Back