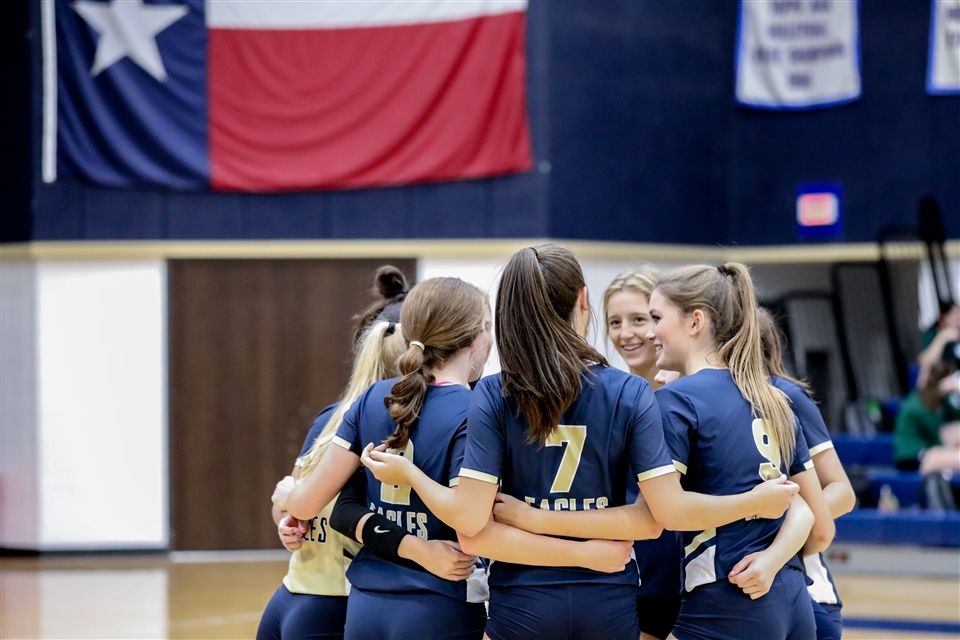 11/22/2019
CROSS COUNTRY
“The Second Baptist School varsity cross country team had and amazing season this year!" said Cross Country Coach Roxanne Worley. “We had many successes at our meets this year. Our men’s varsity team placed 1st at both the Lutheran South Invitational and at the Faith West Hills Cross Country Race. Our women’s team placed 1st at the Lutheran South Invitational and came in 3rd at the Faith West Hills Cross Country Race. Our men’s team went on to battle at the district meet, but placed 2nd after Fort Bend Academy. The best part of the season was when the men’s team went on to state to beat Fort Bend and placed 4th overall in state in the 5A Division. The men were awarded a plaque and 2 of our athletes placed in the Top 15. Isaac Baker placed 6th overall and Jacob Skyles place 13th overall. Both athletes were awarded Academic All State this season.  We have a really young team. I am looking forward to how these runners will compete next year!
Record
VOLLEYBALL
Record
Seventh Grade Volleyball
7-6
Eighth Grade Volleyball
12-6
JV Blue
13-3
JV Gold
17-11
Varsity
19-11
According to Varsity Head Coach Sue Berg, “Every team at every level improved their record this year. I am so proud of their hard work during the season but also during the off season. We are losing an impactful senior in Julia Faseler, who lead our team in digs for the past two seasons. But I am confident that we will continue to build on the successes we had this year with our younger players.”
CHEER

SBS Varsity Cheerleaders
TAPPS Cheer Championship First and Second Team All State Team Members:
According to Varsity Head Coach Andrea Spence, “I am so proud of this team for raising the bar for future SBS cheer teams. These young women have worked hard this fall season cheering on the sports teams, developing new skills and learning new routines for pep rallies, games and the TAPPS Cheer Competition. This is the first team at SBS to compete at the TAPPS Cheer Championships, and their grit and determination was awe inspiring. The seniors have done an amazing job leading this team all season long, I absolutely love their desire to keep pushing to be better. A huge thank you to all the parents who have supported us all season long!”
FOOTBALL
The varsity football season is still underway! Be on the lookout for their season recap coming soon.
Back