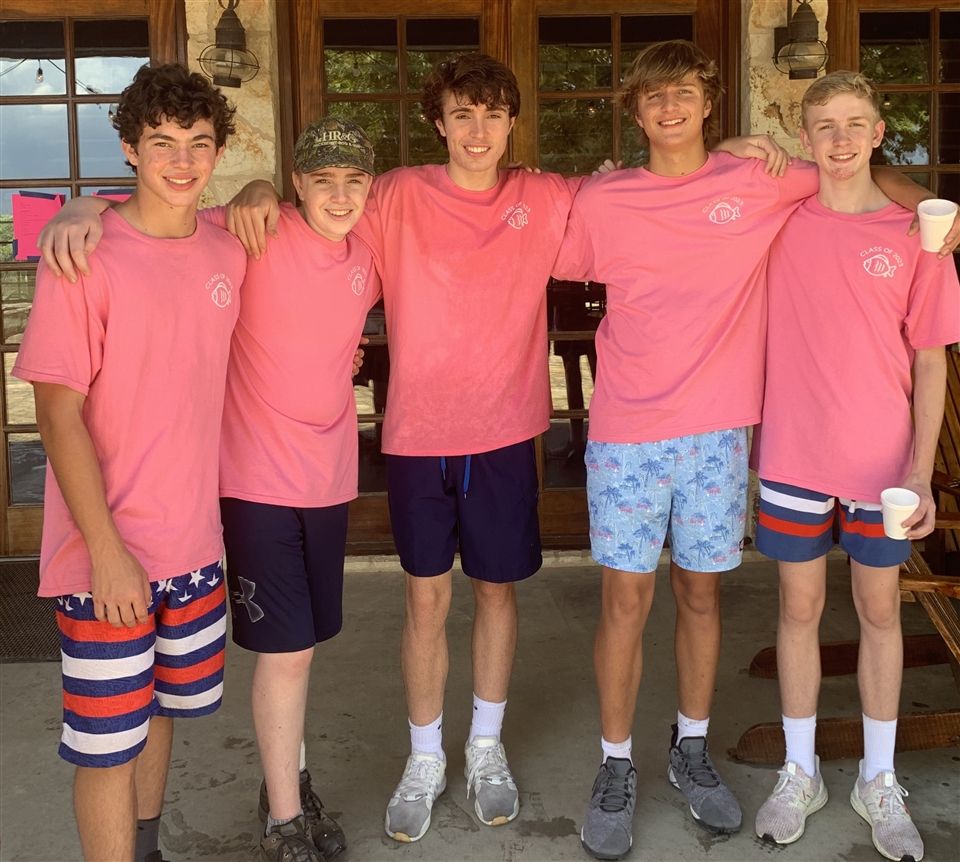 9/22/2019
Freshman Retreat is two days of unabashed, childlike fun. From improv games with Mr. Lindsey to taking flight off the infamous “blob,” Freshman Retreat is an escape from routine and a return to the merriment of summer camp.
The days began with a slew of competitive games such as Ships and Sailors and Elbow Tag. Though I pitied the freshmen due to the sheer amount of running the other Prefects and I subjected them to, it seemed as though countless minutes of cardio only served to increase their enjoyment. When retreated indoors for a delicious lunch served by the gracious Stoney Creek staff, the consequences of all the cardio soon became more apparent as the ravenous freshmen wolfed down several helpings of meals.
Within the rotational groups the ninth graders were placed, I started to see true unity form across the typical friend groups of this class. Through games like human Tic-Tac-Toe, students were forced into situations where a lack of trust results in a loss of the game—an outcome that I quickly learned is as abhorrent to the freshman class as a root canal procedure is to an adult! Through such exercises, the freshmen were presented with the fact that not only were each of their classmates valuable teammates, but also were vital pieces of the puzzle that is the Class of 2023.
Navigating the often confounding waters of upper school, the freshmen began to realize that it is often safer to forgo the solitary route and rely not only on each other, but also on the resources offered in abundance at Second Baptist School. Looking through the lens of a senior at SBS, Freshman Retreat was a refreshing glimpse into the infinite possibilities that high school held for my class back in 2016. The promise evident in the Class of 2023 only intensified my understanding of why we retreat from structure: to build foundations of unity, kindness and trust because only in the absence of restriction, can we construct authentic bonds that can sustain the challenges high school and life often present.

Click here to see photos from this year's Freshman Retreat.
Back